Set in the early 19th century, Jamaica Inn is based on Daphne du Maurier’s eponymous 1936 novel, her fourth, and first best-seller. It was inspired by two stays she had in 1930 and 1931 at the real-life Jamaica Inn and the tales she heard of it being a meeting place for smugglers in days of yore, as mentioned in the novel’s foreword:

Jamaica Inn stands today, hospitable and kindly, a temperance house on the twenty-mile road between Bodmin and Launceston.
In the following story of adventure I have pictured it as it might have been over a hundred and twenty years ago; and although existing place-names figure in the pages, the characters and events described are entirely imaginary.

Well, Jamaica Inn has now served alcohol for many years, following the decline of the temperance movement in the 1930s. Likewise, it no longer sits on the route from Bodmin to Launceston, having long since been sidelined by the juggernaut-friendly A30 motorway. Nor was it ever used as a location for Hitch’s film nor any of the three screen adaptations since. In fact, its only connection to those or any other versions was in originally helping spark du Maurier’s imagination. The most recent new incarnation of her tale came in 2004, when Salisbury Playhouse staged a theatrical dramatisation commissioned from Lisa Evans, since performed at numerous other venues.

The film’s screenplay was written by Sidney Gilliat following his inspired work on The Lady Vanishes, in conjunction with Joan Harrison, with Alma Reville responsible for continuity. Lastly, noted literary all-rounder J. B. Priestley was brought in by his friend, the film’s producer and ostensible star, Charles Laughton, to provide additional dialogue for his character. Seven years earlier, Laughton had starred in The Old Dark House, based on Priestley’s novel Beknighted. However, note it was actually Clemence Dane aka Winifred Ashston, co-author of the source novel for Murder! and Mary, who initially adapted du Maurier’s novel. Though her take was ultimately rejected and she went uncredited, many of her ideas make it into the finished film. Here’s her own annotated script; my birthday’s in December but I’d be ecstatic to accept it as a gift at anytime of year from a generous benefactor!

As is usual for Hitch’s adaptations, Jamaica Inn deviates considerably from its source: most of the major characters are comprehensively changed, merged, wholly invented or even disappeared altogether. The novel’s timeline is compressed from several months to two days and perhaps most notably its big reveal is placed at the beginning, rather than saving it for the final act. Further, to accommodate Laughton’s new character of Sir Humphrey Pengallan being placed front and centre, O’Hara, as Mary Yellen, is relegated almost to a support role. Thus, she becomes something of a side player in her own story, for Jamaica Inn the novel is, like Rebecca – both film and novel – really a coming-of-age tale. Both primarily concern orphaned young women thrust headlong into the world of adults and their devious ways, who must then learn to navigate its stormy waters.

All this chopping and changing of the source text, for once much of it against Hitch’s wishes, did little to endear the final product to its author. “Don’t go and see it, it is a wretched affair”, wrote du Maurier to her publisher Victor Gollancz. This in turn led to her being against the idea of Hitch directing the adaptation of her latest bestseller for his first American film. However, in that case, apart from the somewhat compromised ending due to censorship, she loved it. Of course, Rebecca’s blockbuster critical and commercial success, being nominated for 11 Oscars and winning two of them, may have helped… cynical, moi? But Hitch eventually slid back into du Maurier’s bad books more than two decades later when she was less than taken with The Birds, ostensibly adapted from her 1952 short story. 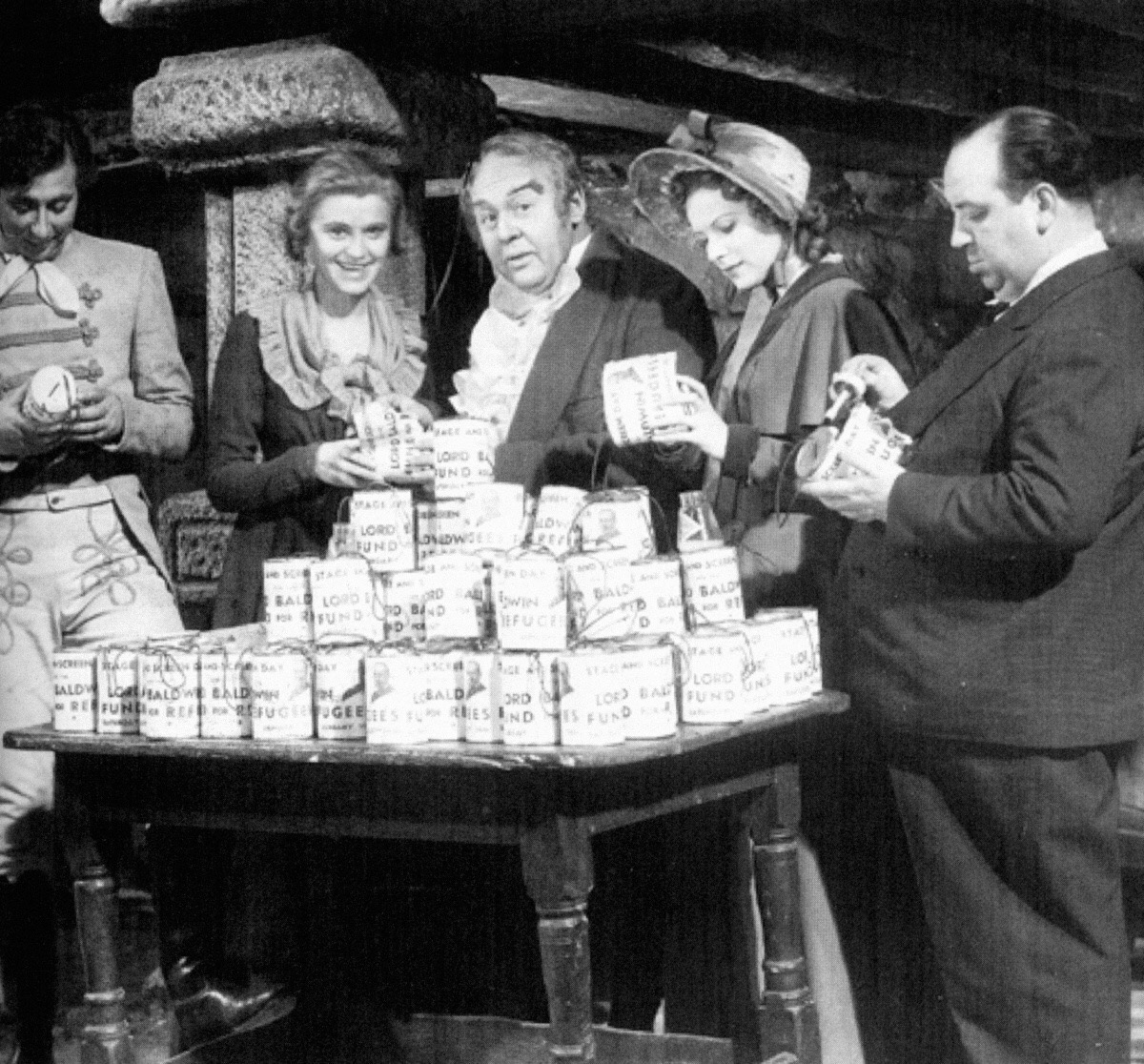 Robert Newton, Marie Ney, Charles Laughton, Maureen O’Hara and Alfred Hitchcock break from filming to pose for the Lord Baldwin Fund for Refugees. The national drive was extremely successful and made a substantial contribution to the Kindertransport, which rescued almost 10,000 mainly Jewish children from 1938-1939.

It’s widely believed that Hitch signed up for this picture to fill time before emigrating to the States, as well as signalling his intent to film Du Maurier’s Rebecca. It was financed by Laughton’s own Mayflower Pictures, created with Erich Pommer, ex-head of UFA, to produce personal star vehicles, and he started asserting control over Hitch from the beginning. Apparently, Laughton only really wanted the famous director in order to get his name on the poster and bums on seats. The production was a famously fraught one for the Master but after they initially clashed numerous times, Hitch quietly decided to just let Laughton have his own way.

This was the third Mayflower Pictures film but despite other announced projects, the company subsequently folded and made no more. Their first was Vessel of Wrath (1938) aka The Beachcomber (US), which is unavailable (apart from US bootleggers Reel Vault’s poor quality DVD-R) but its negative and other nitrate materials, including the original trailer, are safely tucked away in the BFI National Archive, so we may see it released one day. It’s often confused with the 1954 remake, especially since both versions star Robert Newton who also had a lead role in Jamaica Inn. The remake has just one official release to date, a UK VHS (VCI, 1996), but again there are bootlegs, including a DVD (Firecake Ent) and various home-made DVD-Rs, and on Amazon Prime Video. 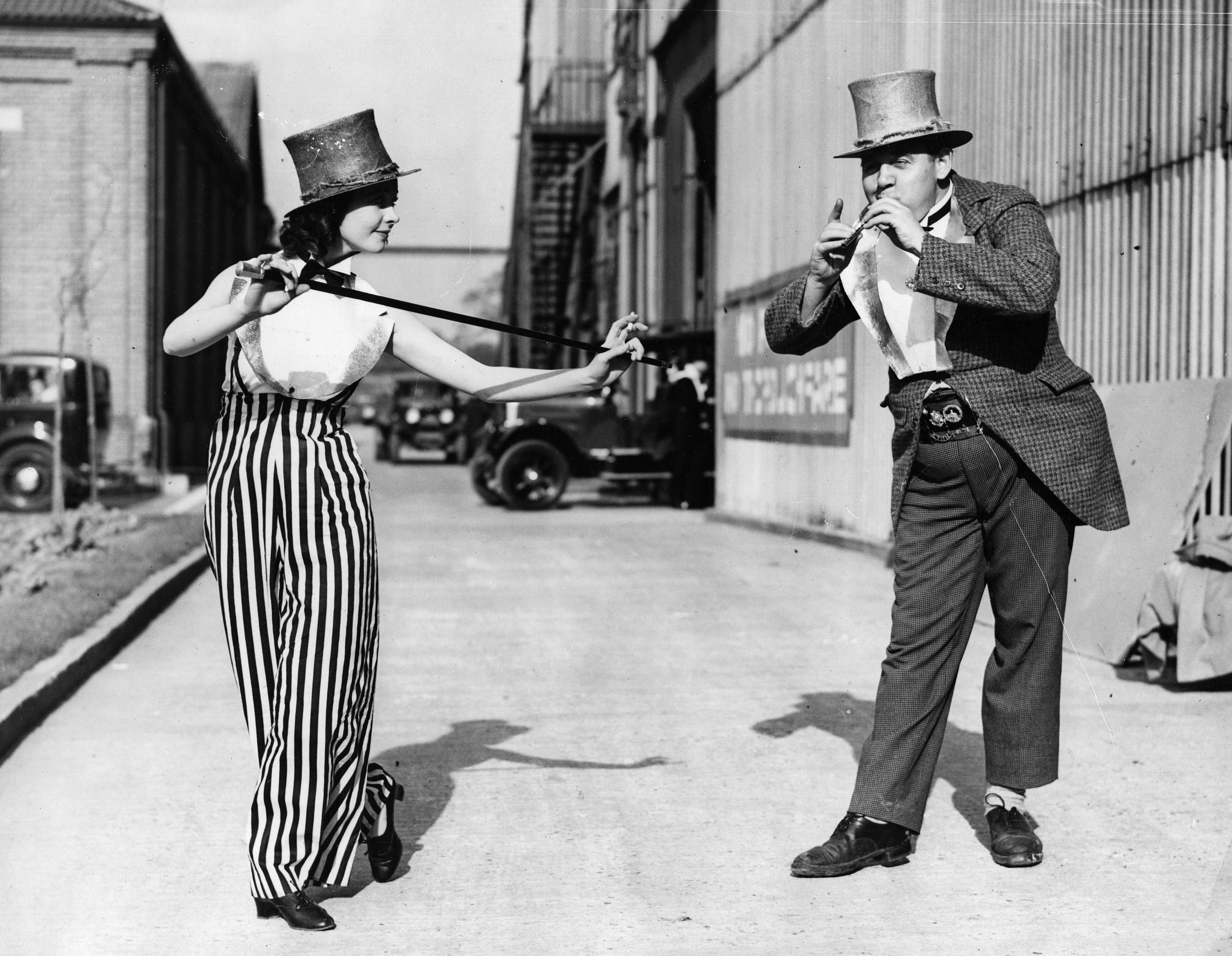 Leigh and Laughton, in the Lane

The second Mayflower was St. Martin’s Lane (1938) aka Sidewalks of London (US), written by Clemence Dane who co-authored the novel on which Hitch’s Murder! and Mary are based. It co-starred Rex Harrison and, notably, Vivien Leigh displaying her dancing talents just prior to hitting the heights in Gone with the Wind. Laughton reprised his role of a kindly busker in a February 12, 1940 episode of Lux Radio Theatre opposite his wife Elsa Lanchester.

The film has expectedly been widely bootlegged, with lo-res DVDs from the US (Artiflix, Medusa), UK (Cornerstone, FilmRise), France (Aventi, reissue), Brazil (Cult Classic), Chile (Cinematekka/box/box), Korea (M&M), and others. Naturally, they pale next to the official releases, all of which, bar the first two US DVDs, feature an exquisite 2014 digital restoration from the original negative:

Returning to Jamaica Inn, Charles Laughton, never knowingly understated, devours the scenery with typical gusto and with good reason: his character has to be the most prolific murderer in all Hitchcockdom! As well as having the strangest, most OTT eyebrows; a regular Laughton film trait that I’m not alone in finding very distracting. The film resulting from Laughton and Hitch’s differing methods is a tense blending of styles that perhaps would have worked best had we the opportunity to watch two separate versions based on each man’s vision. But preferably without those Pengallan eyebrows in either, please. The two evidently patched up their differences though, as Laughton later co-starred for Hitch as another dirty old lecher in The Paradine Case, though that time with Hitch firmly in the driving seat. Laughton certainly proved his own directing mettle years later on famous flop The Night of the Hunter (1955), another film enjoying a late-life renaissance and reappraisal.

“One of the best movies of the year!” — New York Herald Tribune

“Beware of false prophets, which come to you in sheep’s clothing.” Thus begins this tense, powerful screen chronicle depicting the timeless struggle of Good and Evil, and the triumph of spirit over will. Charles Laughton brilliantly directs this powerful melodrama, starring Robert Mitchum as a psychopathic preacher in relentless pursuit of two children possessing their dead father’s stolen fortune. Mitchum’s murdering minister claims the childrens’ trusting mother (Shelley Winters) as one of his many victims. Screen legend Lillian Gish is the kindly woman who provides a temporary refuge for the orphaned children. Celebrated author James Agee wrote the riveting screenplay, hauntingly photographed by Stanley Cortez (The Magnificent Ambersons). The eerily beautiful score by Walter Schumann heightens the mood of malevolence and adds a creeping suspense to every scene. A true cinematic masterpiece, hailed by Pauline Kael as “one of the most frightening movies ever made.” – sleeve note, US MGM/UA LaserDisc (1993)

If you’re after Hunter on DVD, avoid all except those listed below which feature UCLA’s photochemical restoration and are in the originally projected widescreen. All previous pre-restoration releases on VHS, LaserDisc and MGM DVDs, have incorrect 1.33:1 open matte transfers. The BDs and streaming versions are all fine too, though the US and French releases have a superior digitally remastered transfer with even more accurate framing, shifted downward and to the right. Of the two, Wild Side in France performed additional improvements on the remaster, making their transfer truly definitive. But their discs have forced French subtitles so unless you only speak French, a rip and reburn san sous-titres is in order. Just ensure you also avoid the bootlegs: a Spanish Llamentol BD-R and any non-MGM DVDs.

Those redundant MGM DVDs are all barebones, bar the trailer, but barring the similarly vanilla Spanish and Oz discs, the restored releases come laden with extras. Chief among them is the 160-minute “Charles Laughton Directs The Night of the Hunter” documentary culled by preservationist Robert Gitt from over 80,000 feet (15 hours) of outtakes and behind-the-scenes footage donated in 1974 by Lanchester, by then Laughton’s widow. It’s an incredible, near-unparalleled insight into the making of the film and Laughton’s working methods, which were very similar to that other consummate auteur, namesake Charlie Chaplin. Needless to say, it’s absolutely essential and is included on the US, UK, French and Japanese releases.

The film’s based on Davis Grubb’s 1953 novel which also spawned a 1991 TV movie starring heart-throb Richard Chamberlain. That version – only released on UK, 20n1 and Dutch DVDs – isn’t half as bad as its reputation suggests but can’t hold a candle to the original.