There’s lingering doubt as to the rightful ownership of this film, given the highly suspect route by which it came to its current ‘owner’, via infamous real-life pirate Raymond Rohauer. But there’s no arguing that all concerned parties today have done right by the film itself. Available for years only via substandard, edited bootlegs, Jamaica Inn progressed through ever-improving home video editions until today it could scarcely look and sound any better.

Note that English subtitles (ES) are only on the discs indicated. Apart from the first French DVD’s forced subs, those from other countries have optional subs in their respective languages.

Beware of pirates – pun intended – there are hordes of bootleg DVDs floating around and even BD-Rs hailing from Spain (Resen) and Germany (Great Movies). Someone even attempted a cheapo 3D conversion; does anyone know if this steaming heap actually made it to market? Also, not only do the rip-off DVDs look terrible, being based on 8 and 16mm reductions of old theatrical prints, but many are also missing more than eight minutes of footage that was cut from the original US release. Shiver me rotten timbers. Naturally, authorised editions only feature the original 108-minute version; here are all of them to date:

Among these pre-restoration choices, the trio from Kino Lorber in the US have the distinction of being the first ever official home video issues of the film on all three formats. However, they should be avoided as pole position came at the expense of using an older, much weaker transfer than all those which followed. It’s quite worn, being taken from a well-used theatrical print as opposed to a higher quality pre-print element. Additionally, it’s vertically stretched, slightly cropped and initial DVD copies were strangely green-toned. Lastly, it’s windowboxed to compensate for overscan on older CRT TVs but with the net result of ceding resolution. In fact, aside from being unedited, it’s not much of an improvement over some of the ‘better’ looking bootlegs. Kino’s VHS has the further distinction of being one of only three British Hitchcocks to be officially released on that format in the US, the others being The 39 Steps and The Lady Vanishes from the Criterion Collection.

The German DVD and VHS have perhaps the most significant extra: Hitch displaying his conversational German skills on a 1966 talk show (45min). The film itself reverts to subtitled English for one minute on its optional edited 1951 dub (alt), which dates from its belated post-war theatrical release. Hier spricht Hitch Deutsch in Frankfurt 1964, Hamburg and München 1966.

The French Universal DVD has a two-minute intro and the German multiple-language version of Mary but both films have non-removable French subtitles, so it’s of limited use for the latter wenn du kein deutsch sprichst. These and other early DVDs are a vast improvement over the Kino, and by 2008 with Network’s UK box set-exclusive DVD, Jamaica Inn’s transfers were really picking up the pace. The UK disc has a three-minute intro and short photo gallery but other than that, the rest are all pretty much barebones. 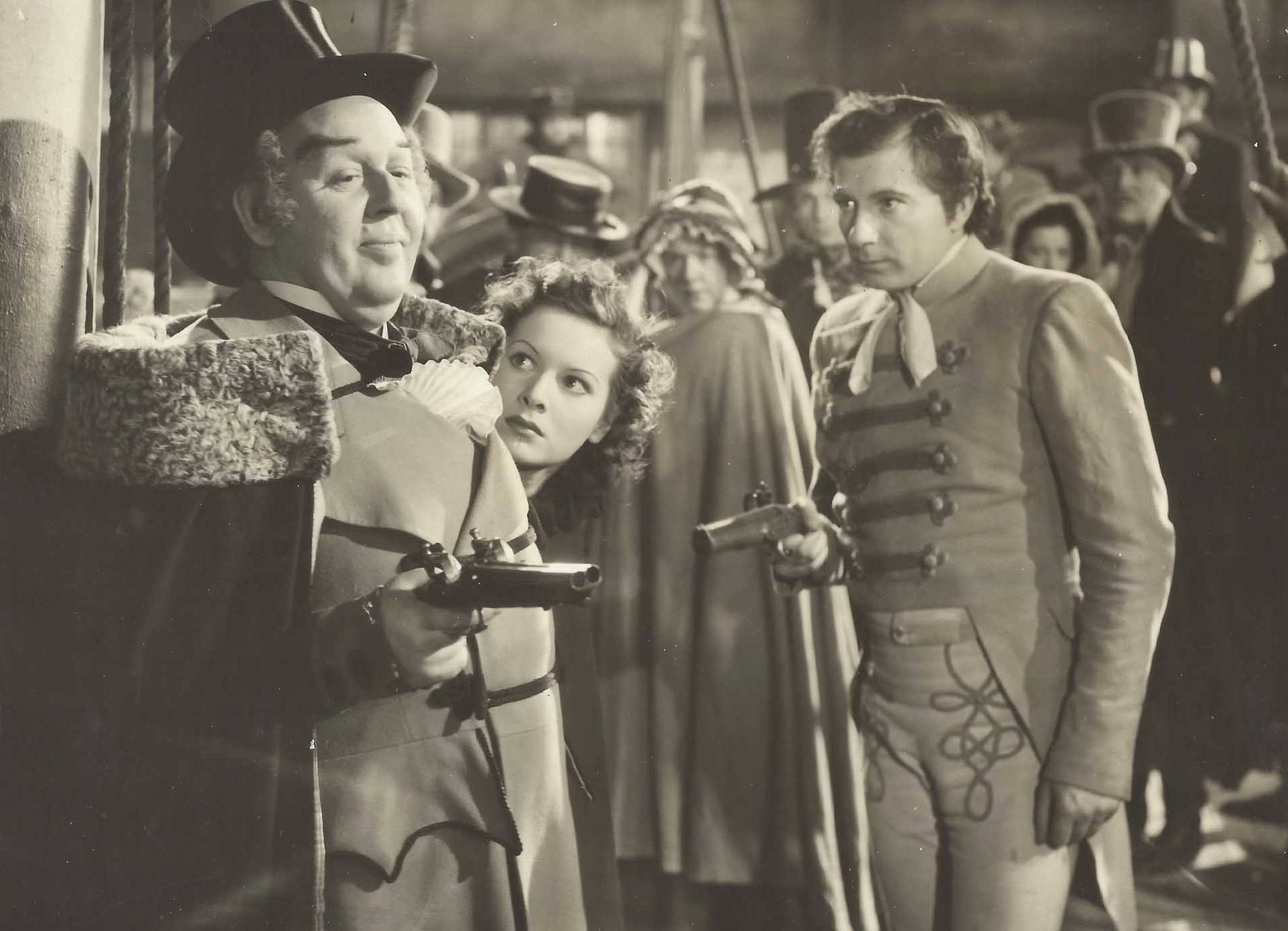 The first wave of official releases mostly look very good but in 2014, a comprehensive 4K digital restoration from BFI archive materials returned the film to immaculate condition, allowing it to shine in the best possible light. Finally, the visuals are rock-steady and near flawless, while the audio is crystal clear and carries surprising heft in the bottom end, particularly effective during the shipwreck scenes. Strangely, back in 1939 the BBFC passed the film uncut at 108:15, footage length 9,742ft, thus indicating further director, star or studio-mandated cuts prior to wide release. But all “complete” home video editions, including the restoration, time out at around 99 minutes.

Among said BFI materials are the original negative and several similar nitrate copies from 1938 and 1939, the longest of which, at 9,459ft, equates to 105:06. Curiouser and curiouser… While I believe we now have the film as it originally appeared on general British release, it’d be great if someone who knows exactly what’s in the vaults could enlighten us as to what that extra footage consists of – and why it hasn’t been made available in some form or other on home video, as potential deleted scenes. Overall though, I strongly recommend going for any of the more recent home video editions featuring the restoration, especially the BDs or HD streams.

The region A US and region B UK BDs both have decent extras: an audio commentary by film critic Jeremy Arnold and a 13-minute video essay by film historian Donald Spoto, author of several books on Hitch, most notably The Dark Side of Genius (1983). He provides a good overview but drops a few clangers, most notably claiming The Lodger is Hitch’s first sound film! Of course, we know better. For the most part, Spoto’s been a good chronicler of all things Hitch over the years but his fact-checking is often abysmal. I wonder if he’s ever actually even seen the Master’s breakthrough silent; it’s sadly typical of the somewhat dismissive attitude many scholars and critics, especially American ones, have towards Hitch’s British work. Both of these Jamaica Inn BDs also have a re-release trailer and differing booklets, though the US is really just an eight-page leaflet with photos and lists of personnel, while the UK is an informative 20-page affair featuring an essay by historian Natalie Morris. They’re the definitive editions to date and though the Cohen’s slightly darker grading suits the film’s gothic atmosphere perfectly well, I prefer the UK’s slightly brighter, more revealing transfer. The UK is also the only BD with English subtitles, yet another good reason to go region free.

The French BD just has the video essay and trailer, while the Spanish disc goes its own way with Hitch’s two French-language wartime shorts, Bon Voyage and Aventure Malgache. Both have the Cohen’s darker grading and the Spanish adds a dub originally prepared for an edited release, with subs to cover the missing portions which revert to English audio, as is common for many other foreign Hitch soundtracks.

Odd fact: despite original trailers surviving for at least five of Hitch’s British films, including Jamaica Inn, only The Lady Vanishes has had hers properly released on home video. Here’s that 2015 re-release trailer:

Hitch’s buccaneer yarn has had a long, strange trip on home video from the ridiculous to the sublime. From first to last, its quality inexorably improved, as demonstrated by these screenshots representing all the major releases to date.

US Laserlight bootleg DVD: a shade less murky but otherwise ticks all the same nasty boxes as Diamond’s aberration.

US Kino DVD: apart from being complete at 99 minutes, it’s sadly not much of an improvement over the boots. Note it shares their resolution-limiting windowboxing too.

US Cohen Blu-ray: at last, 4K-restored splendour and a transfer truly worthy of Maureen O’Hara’s radiance.

UK Arrow Blu-ray: a shade brighter than the Cohen and Carlotta, and as good as it gets.

More screenshots, courtesy of the invaluable Hitchcock Zone and Caps-holic.

US vs UK BD

The rousing music played over the credits was the only film commission for Eric Fenby, transcriber for Delius in his ailing later years before becoming a noted composer in his own right. It’s the only music in the entire film, though a full score is hardly missed as there are plenty of diegetic sounds throughout and, is usual for Hitch, silence is also used to great effect. The only other two Hitchcocks to be so bereft of music are Lifeboat (again, credits only) and The Birds (electronic sounds only). According to this Delius Society article, a full score was composed but is currently lost:

Unsurprisingly, especially given how much it’s tended to fall between the cracks in the Master’s canon over the years, there are no official score releases or re-recordings outside of excerpts on a few bootlegs, lifted directly from the film itself. One such example is Alfred Hitchcock: The Classic Soundtrack Collection , a poor quality effort from UK-based thieves Enlightenment Records. 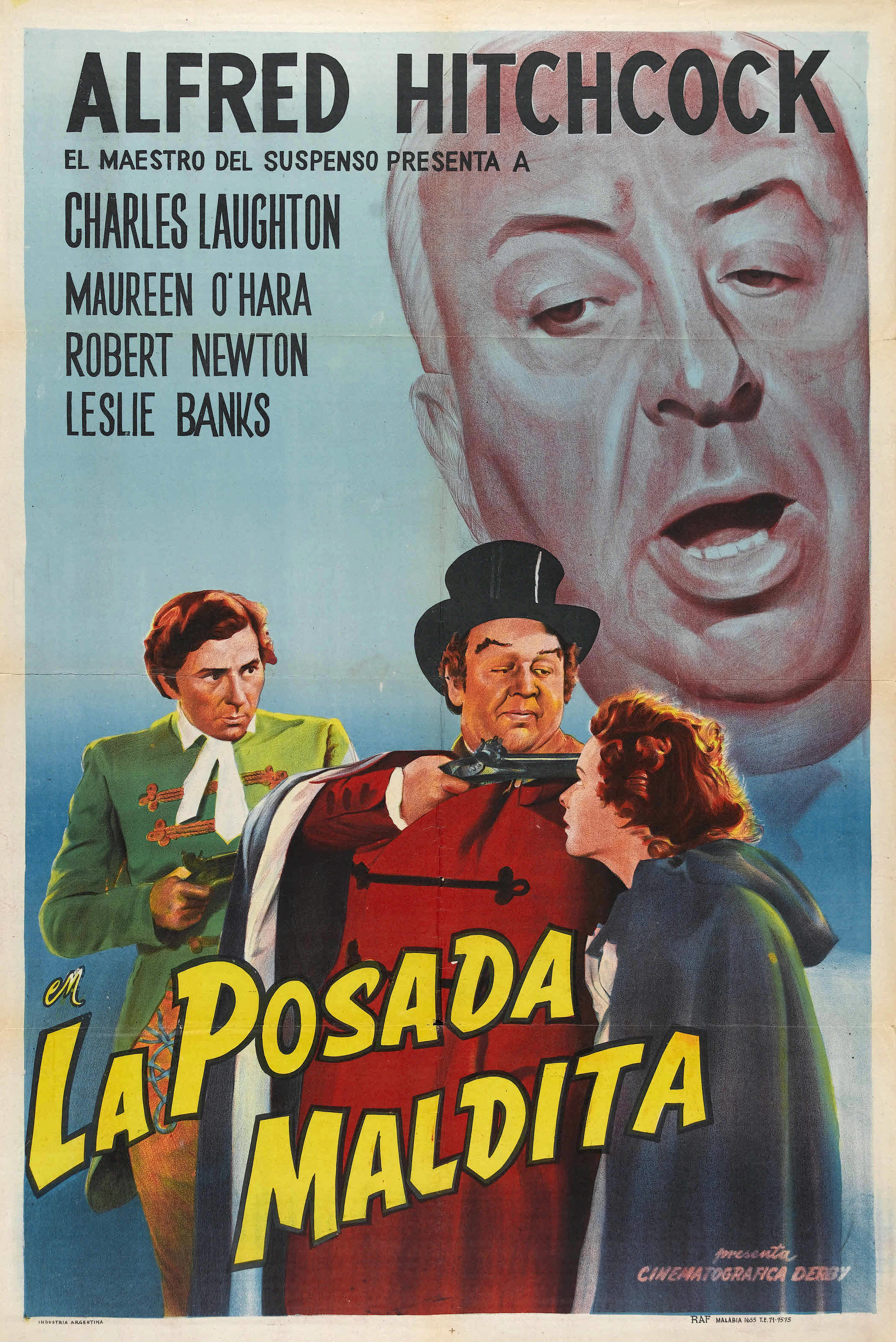 Tellingly, the poster above depicts Hitch as he looked at the time it was printed, not as he did when making the film well over two decades earlier. Despite being widely recognisable, especially due to his cameos, Hitch’s regular appearance in publicity materials largely postdates the mid-1950s. But once Alfred Hitchcock Presents made him a household name – and face – it definitively marked the point from which he was at least as famous as any of his actors or films.

Hello, have you seen Kino’s blu-ray release of Jamaica Inn? I was wondering how it compares to the Arrow blu-ray. Stats on Kino’s site say it’s a “new 4K restoration” so not just a port of their original transfer DVD.