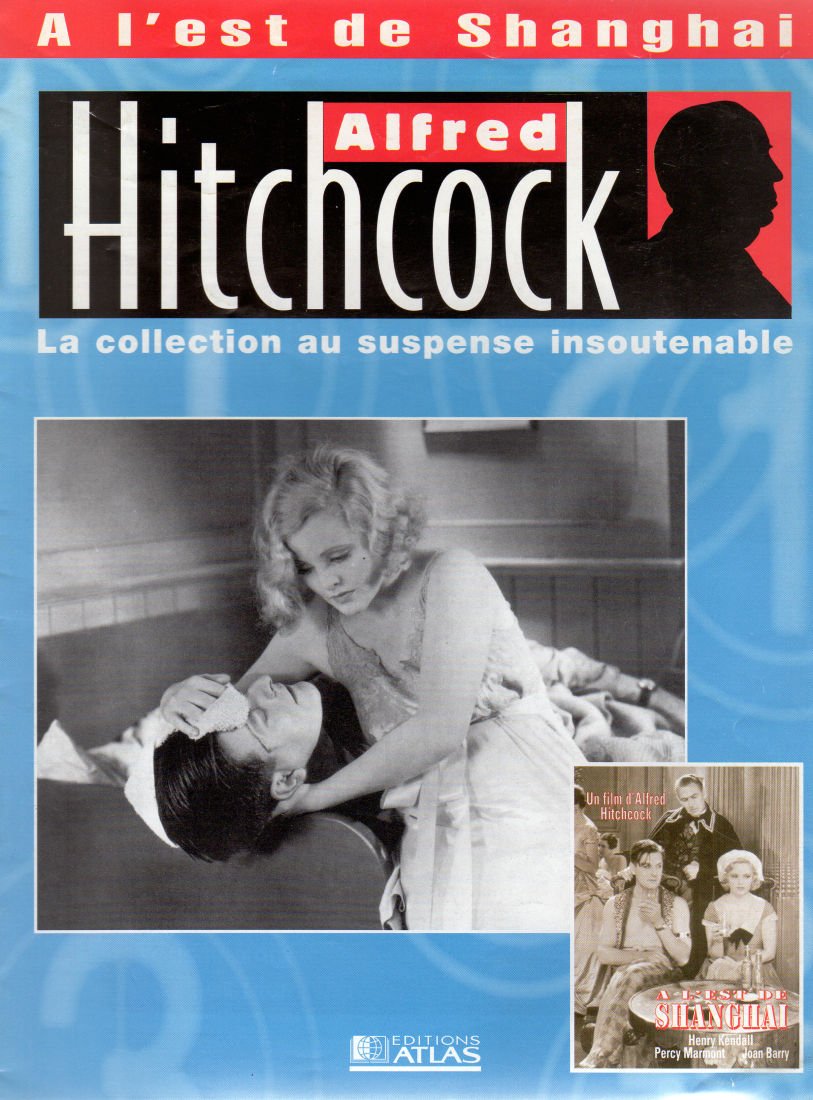 In 1994 and again in 1998, French publishers Atlas issued a lengthy series of weekly magazines, AH: La Collection Atlas, with each one dedicated to every entry in Hitch’s available filmography. It even included the Hitch-directed episodes of Alfred Hitchcock Presents and every issue was accompanied by a licensed VHS cassette of the title in question. 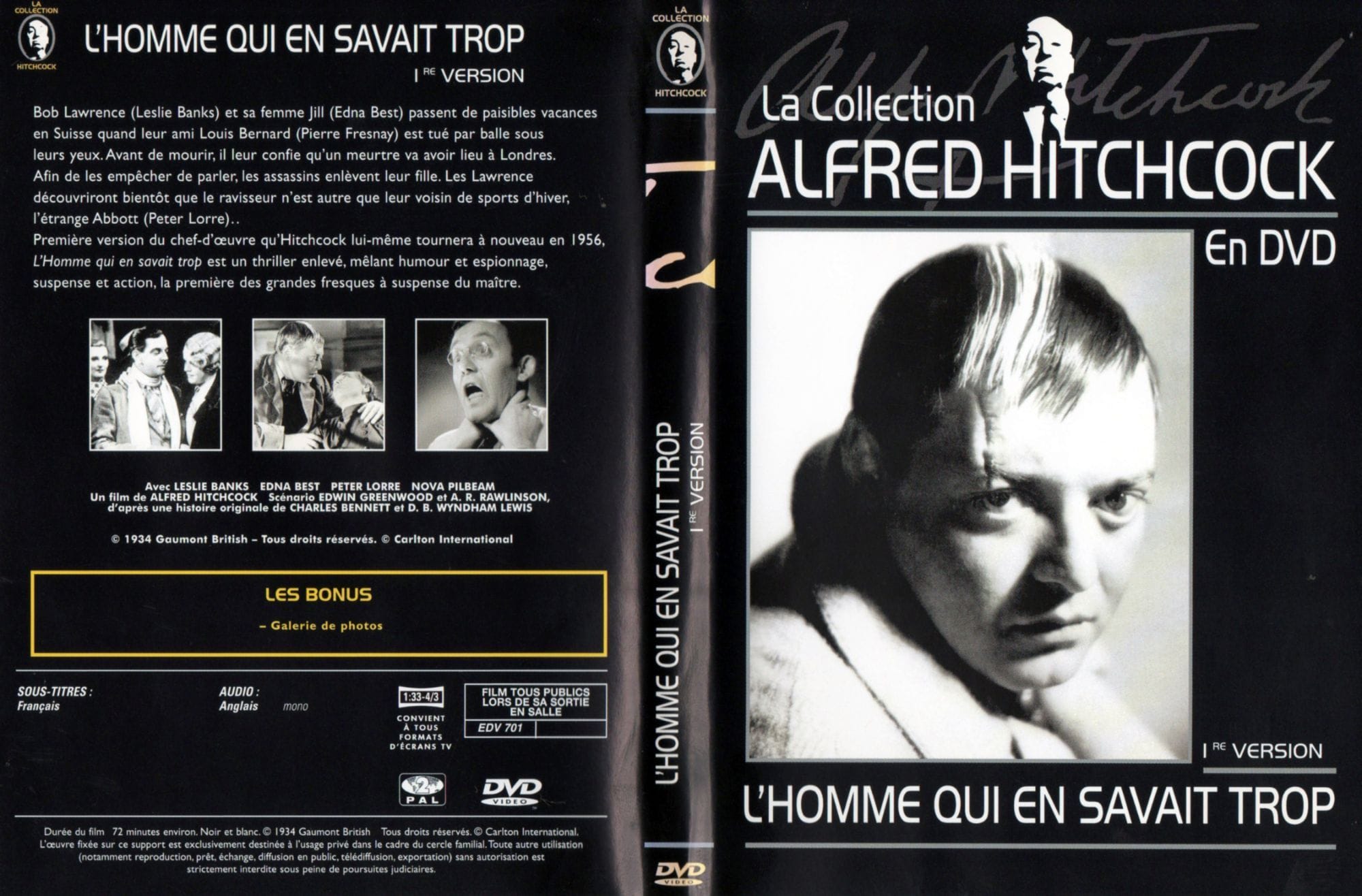 The Man Who Knew Too Much French Carlton-Journaux.fr magazine DVD

French publishers Journaux.fr repackaged and reissued the Atlas series on DVD in 2002 as La Collection AH en DVD, and did so again a final time from 2005 onwards, this time titled La Collection AH en DVD: 2nd Edition. They’re very well done and though rarely found for sale outside of France, are well worth collecting – si vous parlez français. Careful though: there are several runs of bootleg DVDs from different countries with very similar sleeve designs and typography. If picking them up, be sure to check the rear for the correct copyright notices and rights holders logos, such as Carlton International or Studiocanal. All but The Pleasure Garden/Mary (issue #47) have since been issued on regular French DVD. 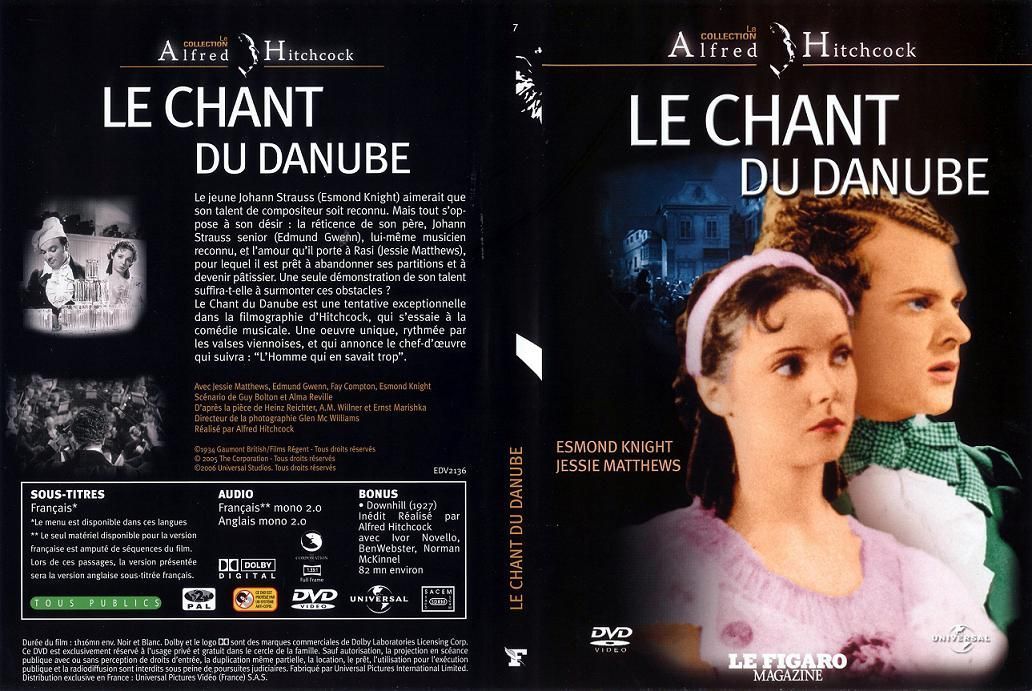 French magazine Le Figaro produced yet another run of 20 Hitchcock-themed magazines in 2007 – the French really like their Hitchcock! Again each issue was accompanied by a specially packaged DVD. The spines were all numbered and collectively spelled out his name, while the discs were the regular commercial versions, complete with extras. This time, with the exception of their repackaged disc of Waltzes from Vienna/Downhill (issue #7) , they were all post-1930s films.

Italy-based publishers De Agostini produced their own 48-part weekly series of Hitch’s films on VHS from 1993–1995, titled Il cinema di Alfred Hitchcock, and reissued most of it on 36 DVDs from 2004–2006. Each was accompanied by a tidy illustrated booklet but while the American films had licensed transfers, all the pre-1940 British films were boots, and with Italian intertitles or dubbed audio only. Meanwhile, down Mexico way, De Agostini also distributed a 2006 set of 20 Spanish-language Hitch DVD-magazines of post-1940 films.

On a related note, Spain has had at least three very attractive Digibook-packaged runs of Hitch’s American films, including a 2007 “Gold Edition” series. But Spanish bootleggers Suevia swiftly followed suit with an identikit series of his British films, ripping off the previous editions’ name, artwork and packaging but in much poorer quality.

This quartet of unique German Hitch discs were promoted by the Süddeutsche Zeitung newspaper as part of their highly popular SZ Cinemathek series and though barebones, they’re all picture discs and come in a very attractive tri-fold Digipak. The one for To Catch a Thief is particularly noteworthy: audio and subs are in English and German, but what’s really piqued my interest is the original audio is noted on the sleeve as being “3.0” channel, which if correct is a complete one-off. Of course, it’s probably just a typo and is the standard stereo remix, but if it was the film’s fabled MIA Perspecta track, 3.0 is how it would be encoded. I sincerely doubt it’s the case but have a copy waiting for me to pick it up on my next trip to Germany, after which I’ll update here. North by Northwest is among the other Hitch-directed entries but sadly only with the unoriginal 5.1 surround remix and German dub.

For a few years from the mid-2000s, several UK newspapers – The Times, Telegraph and Guardian – issued freebie DVDs of various Hitch films of the 1930s and 1940s. However, not all used restored, licensed transfers. Yup: The Telegraph and Guardian, those crusading pillars of the establishment, actually gave away bootlegs, contributing to an ever-growing pile of Hitch rip-offs, albeit more likely through ignorance than malice. Those had the usual terrible transfers, whereas the licensed discs look great, and the British films from The Times actually improve on some of the regular barebones releases in that they all have English subtitles. The Times’ DVDs of the four Hitch-Selznick films (1940–1947) are also barebones but The Telegraph’s discs are actually repackaged versions of the commercial releases, so retain their extras. Strangely though, All came in basic card wallet sleeves and The Times reissued their British films daily for a week in September 2008. They’re cheap and plentiful on UK eBay but tread carefully: ensure you avoid the highlighted boots.

All the above titles and more have also been issued with newspapers in various other European countries, most notably Greece. Those are also common on eBay but predictably, many of them are bootlegs; I’ve listed the few confirmed licensed discs in their respective articles. There’s no shortage of other such illicit tie-ins; even the venerable old Reader’s Digest got in on the act, via thankfully defunct bootleggers Blackhorse Entertainment.