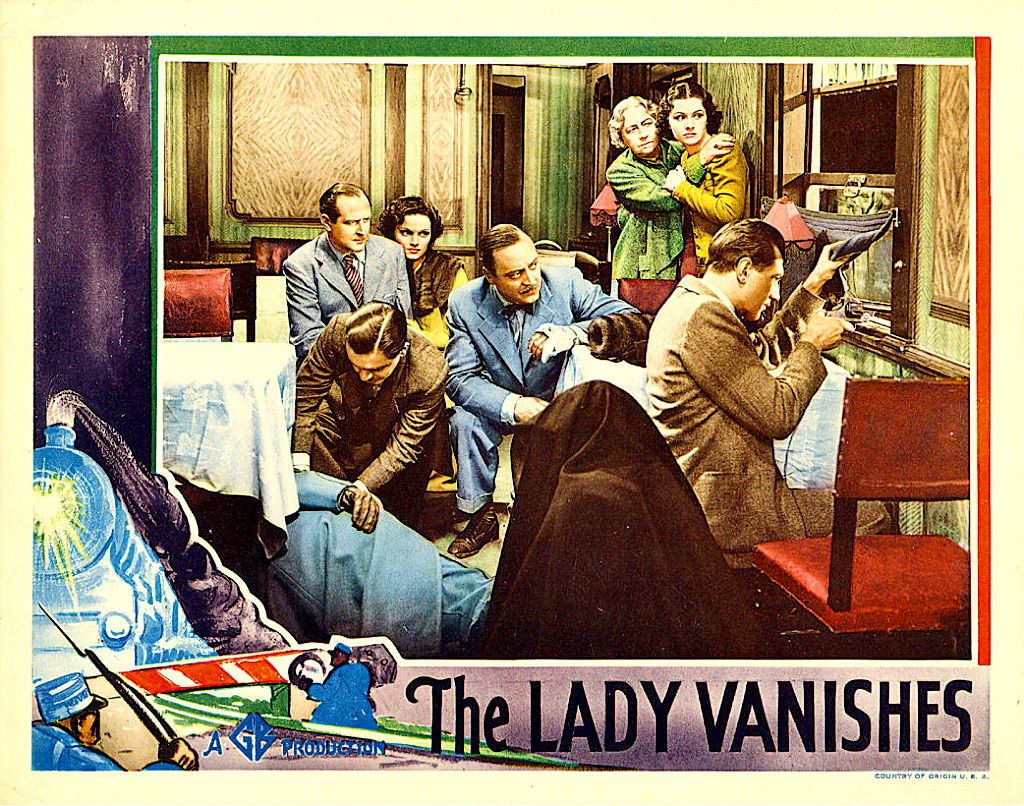 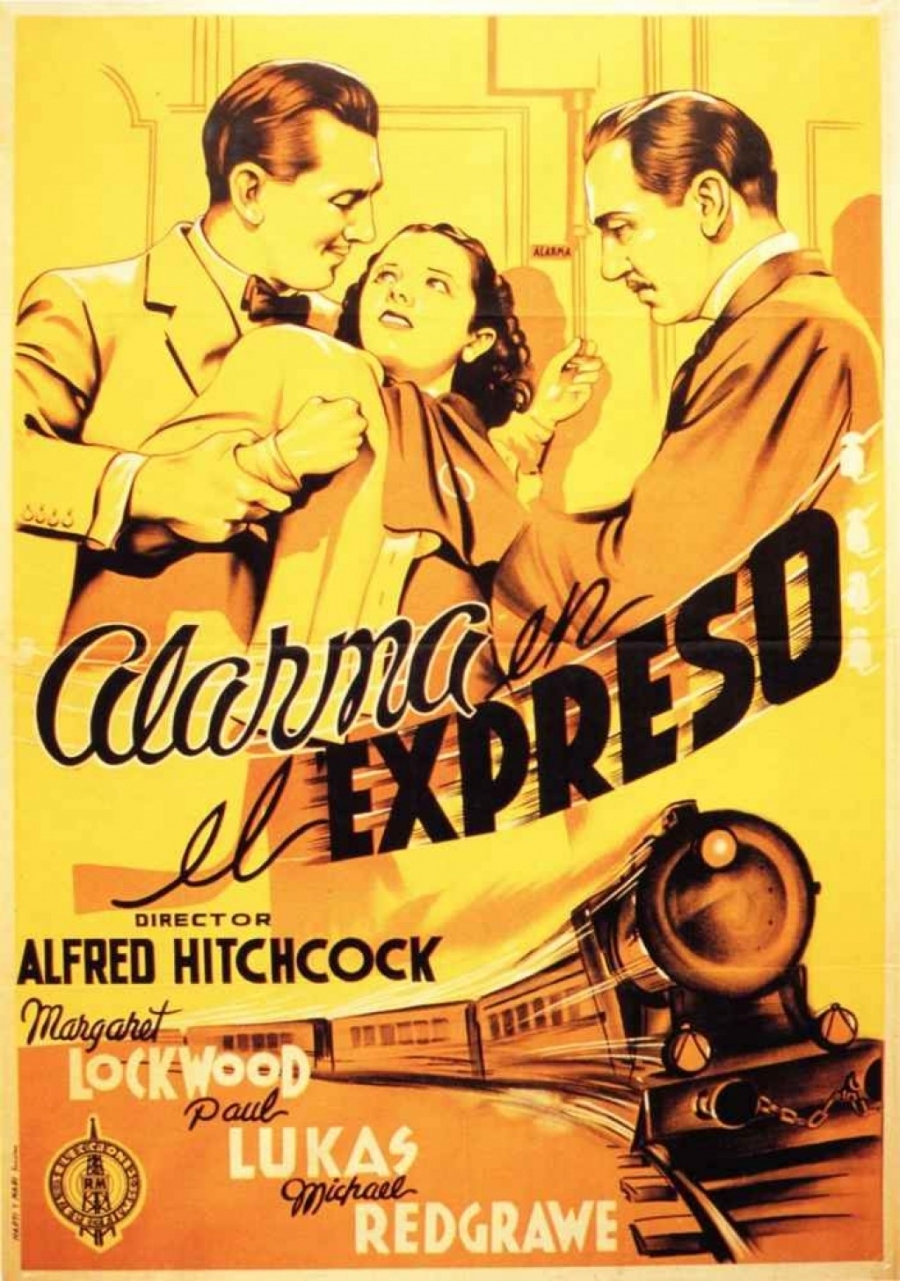 There are many official re-recordings of part and full scores from Hitch’s American films, but sadly not so for his British works. So far, there are only re-recorded excerpts from The Man Who Knew Too Much, The 39 Steps and this film. Two of them, 1995 renditions of a four-part suite from Steps (4:06) and a prelude from Lady (3:03), have appeared on various collections but the most comprehensive are:

Both also contain a prelude from The Man Who Knew Too Much (2:14) but it’s from the 1956 version and is written by Bernard Herrmann.

Various other Hitchcock film music compilations feature selections from the above three and other British talkies, but they’re almost all bootlegs too, mostly lifted directly from the film soundtracks themselves. The sole fully-licensed exceptions also include cues from Blackmail, Steps, Sabotage, and Young and Innocent.

Lady on the radio 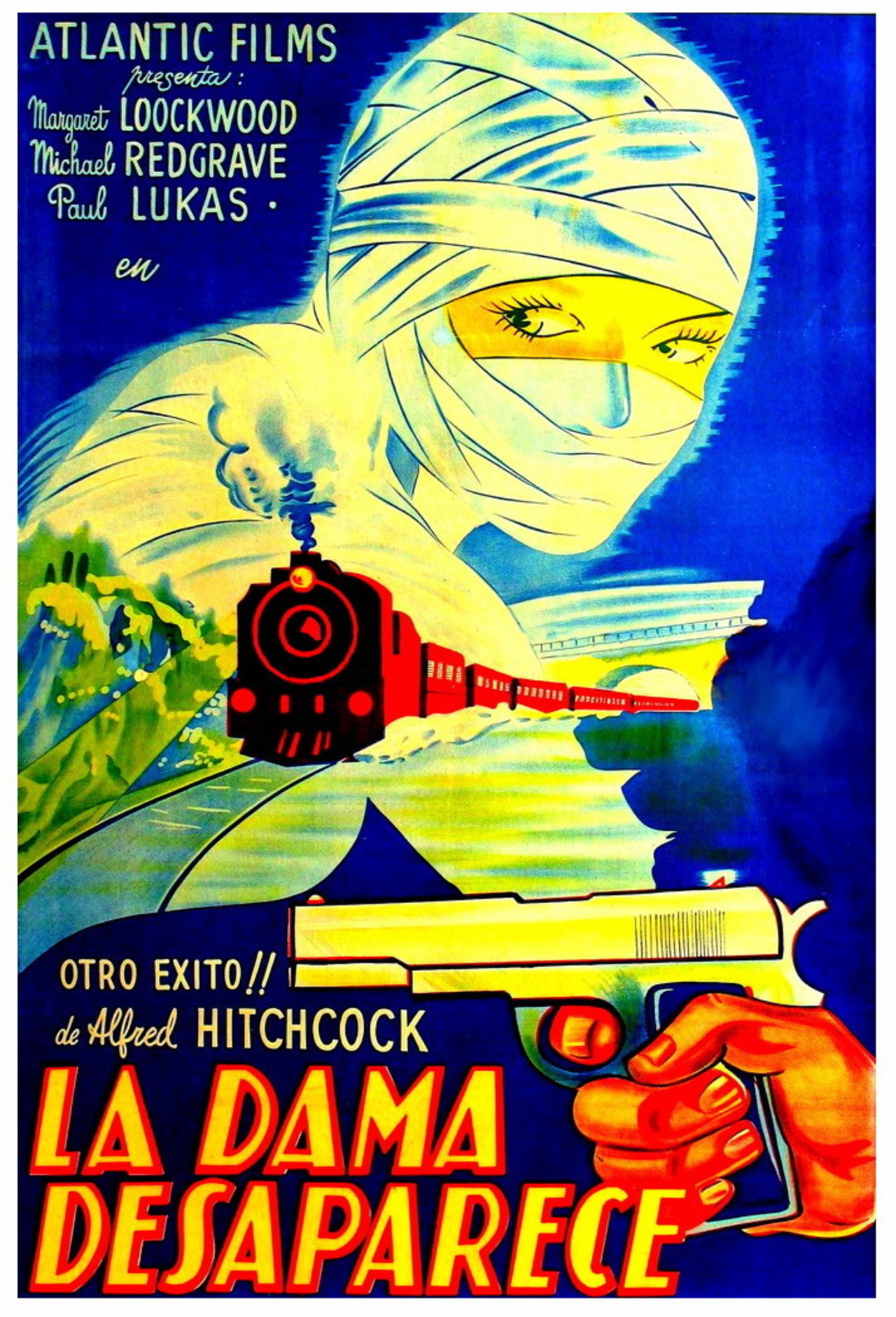 Though the novel and film bear the essence of Englishness, the first known radio adaptation was actually American: a half-hour programme broadcast in December 1941 as part of the Philip Morris Playhouse series. It starred none other than Errol Flynn and Dame Flora Robson but sadly, it appears to be lost. Commencing in 1943, the BBC have caught up and produced many recordings, with several based directly on Hitch’s film rather than its source text. Margaret Lockwood even reprised her film role of Iris Henderson in one of these, from 1953. The most recent, and the only one readily available, was first broadcast in 1999 but to catch the earlier entries you’ll have to listen out for occasional repeats on BBC Radio 4 Extra.

Anthony Page directed screenwriter George Axelrod’s adapted script for this highly successful remake of the 1938 Hitchcock classic. The result is a scintillating romantic comedy thriller set aboard a train hurtling through Bavaria on the eve of World War ll. Elliot Gould heads the international star cast as the Life magazine reporter who is drawn (much against his will) into the search for the benign English nanny, Miss Froy (Angela Lansbury) who has disappeared in mysterious circumstances. Other passengers embroiled in the riddle are madcap American heiress Amanda Kelly (Cybill Shepherd) and two stiff-upper-lipped Englishmen, Charters and Caldicott, who insist that Miss Froy never existed… The thrills and chills mount thick and fast as the mystery deepens in this witty and sophisticated film made in the best thriller tradition. – UK Rank LaserDisc (1982/1984)

A trainload of passengers find death, terror and romance in a deadly race across Nazi Germany. A superb update of the Hitchcock thriller!
Gripping suspense mixes with high comedy in this masterful retelling of the Hitchcock classic. On a train speeding across Germany to the Swiss border, Miss Froy (Angela Lansbury), a cuddly English nanny, befriends a madcap American heiress, the svelte Amanda Kelly (Cybill Shepherd). When Amanda awakens from a nap, Miss Froy has vanished—and the other passengers deny she ever existed! Aided by Robert Condon (Elliott Gould), a skeptical Life magazine photographer, Amanda slowly discovers that Miss Fray is a prisoner of Nazi agents—who will kill anyone who tries to save her. Tension heightens—and the repartee sharpens—as Robert and Amanda join forces to outwit their Nazi foes. – US MHE VHS and Image LaserDisc (1985)

The Lady Reappears: as with the first two British-led remakes of The 39 Steps, rights holders the Rank Organisation produced this version, based squarely on the 1938 adaptation. This time, to help woo distributors and audiences stateside, Rank toplined three American stars. The screenplay was also by an American, George Axelrod, who restored some characters from the novel but made sure to retain Charters and Caldicott, who are played by old hands Arthur Lowe and Ian Carmichael respectively. It’s a fun, worthy effort and has the distinction of being the last Hammer Films production until the studio was resurrected in 2009 with the surprisingly effective horror, Wake Wood.

The film was shot anamorphically with a Panavision credit and 2.35:1 aspect ratio but unfortunately, half of these DVDs contain pan and scan transfers. The US VCI is correctly widescreen and has an optional 5.1 surround remix but it likely has an inferior PAL-NTSC transfer, as per their disc of Rank’s remake of The 39 Steps. The UK, Finnish and Oz DVDs are all anamorphic widescreen, and by way of extras have a trailer, nothing, and a handful of trailers and photo galleries respectively. The Video/Film Express disc, although a twofer, has Hitch’s film in less than stellar quality and the remake is non-anamorphic letterboxed. Lastly, the German and Danish DVDs have cropped transfers, while the rest are unconfirmed.

The film has an excellent score, the bulk of which is by Richard Hartley and sadly so far unreleased. But here’s a sample of Les Reed’s stirring credits music to be going on with: This stunning new adaptation of the classic 1930s thriller sees a beautiful but spoiled young woman risking her life to solve the mysterious disappearance of her travelling companion. Iris Carr is travelling across Europe by train when she unwittingly becomes embroiled in a sinister Balkan plot. Feeling disorientated after a fall, Iris is befriended by Miss Froy, an elderly English woman sharing her carriage. But when she wakes up from a few hours’ sleep, Miss Froy has vanished without trace. As fellow passengers claim the lady never existed, Iris faces danger and intrigue as she fights to discover the fate of Miss Froy – and prove that she’s not going crazy. Or is she? – DVD

Unlike the 1979 version, this BBC TV movie is a much more faithful rendition of Ethel Lina White’s novel and makes a good counterpoint to the previous takes on the material. As such though, it sharply divides critics, most of whom seem to automatically downgrade it for not being a Hitchcock retread. More fool them: this is a jolly good romp for anyone willing to accept it on its own terms. Unsurprisingly, home video editions are few: