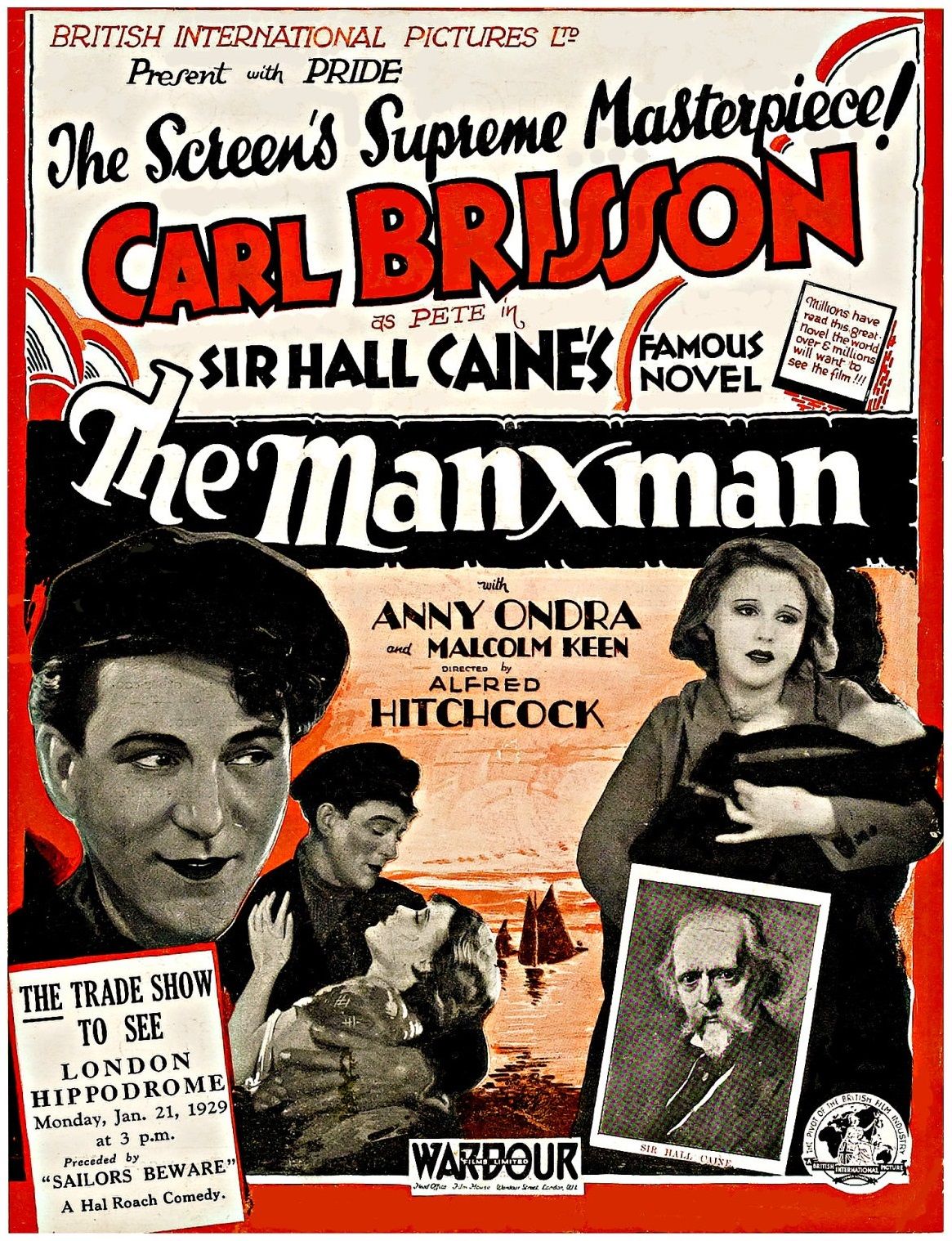 UK Kine Weekly trade magazine ad, 21.1.1929. Nice design overall, though a little overpainted, but what in hell happened to his hand? It’s massive! 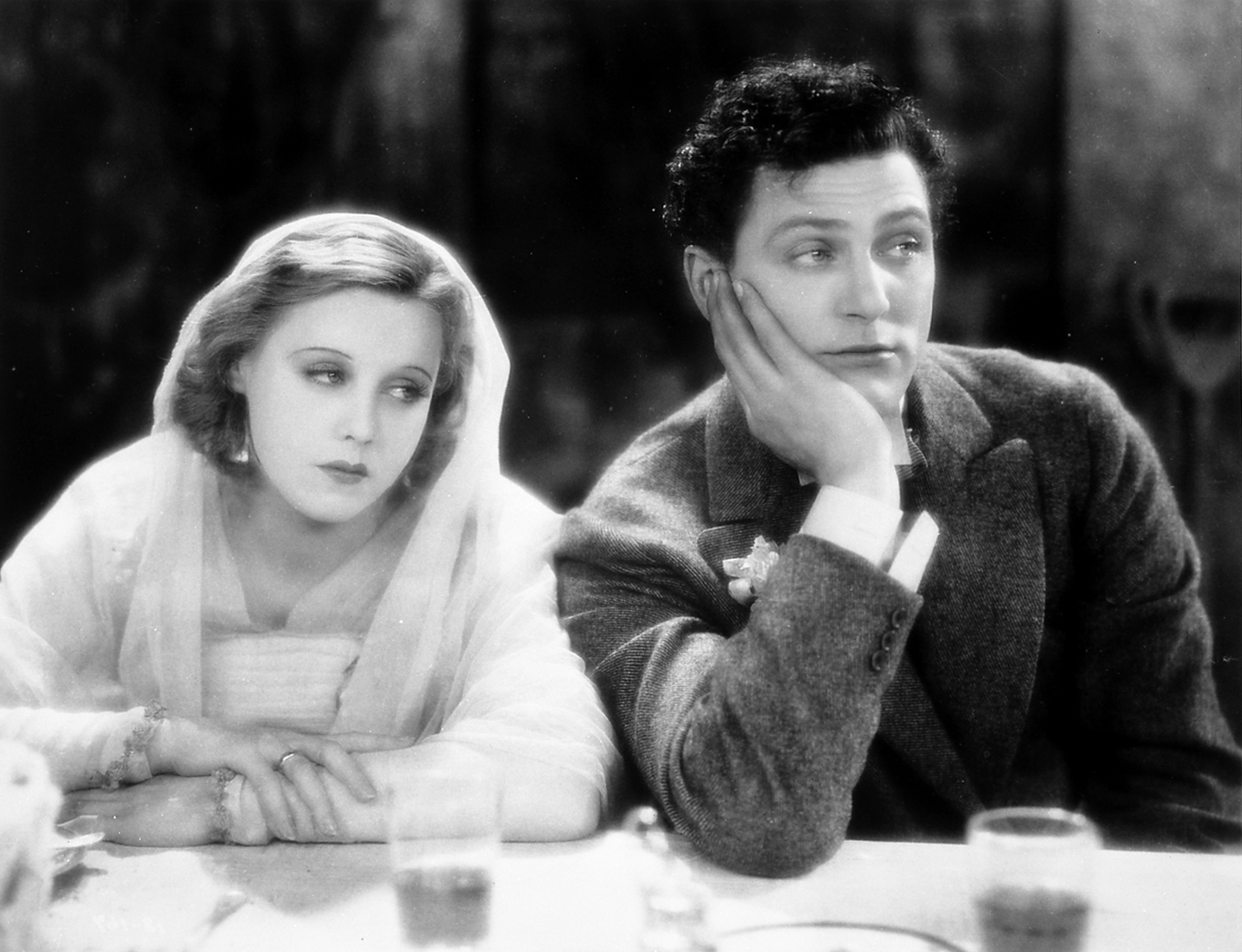 This is a poetic telling of the travails of star-crossed lovers in a remote fishing community, starring Dane Carl Brisson in his second Hitchcock after The Ring, and Polish-Czech Anny Ondra just prior to her lead in Blackmail. The third lead is Malcolm Keen, playing his third major Hitchcock role, following The Lodger and The Mountain Eagle. It’s based on Hall Caine’s hugely successful 1894 novel of the same name (Internet Archive, Gutenberg), from which he co-wrote a popular play, Pete: A Drama in Four Acts (1898). The Manxman was first filmed in 1916, though that version is now lost. Hitch’s take on it is definitely near the top of his British film heap and once again the original pressbook does it proud. Note the last page details the now extremely rare tie-in 78rpm record and sheet music:

“A special song—not a re-hash of a well-known number—has been written entitled “Kirry Machree” which will be written and sung by countless musical enthusiasts throughout the land. Its haunting refrain is irresistible. It will be featured by all the leading bands throughout the country.”

Bold claims which evidently didn’t in the least transpire but someone, somewhere still owns this vocal waltz; here’s its 1956 US copyright renewal record, with full credits. 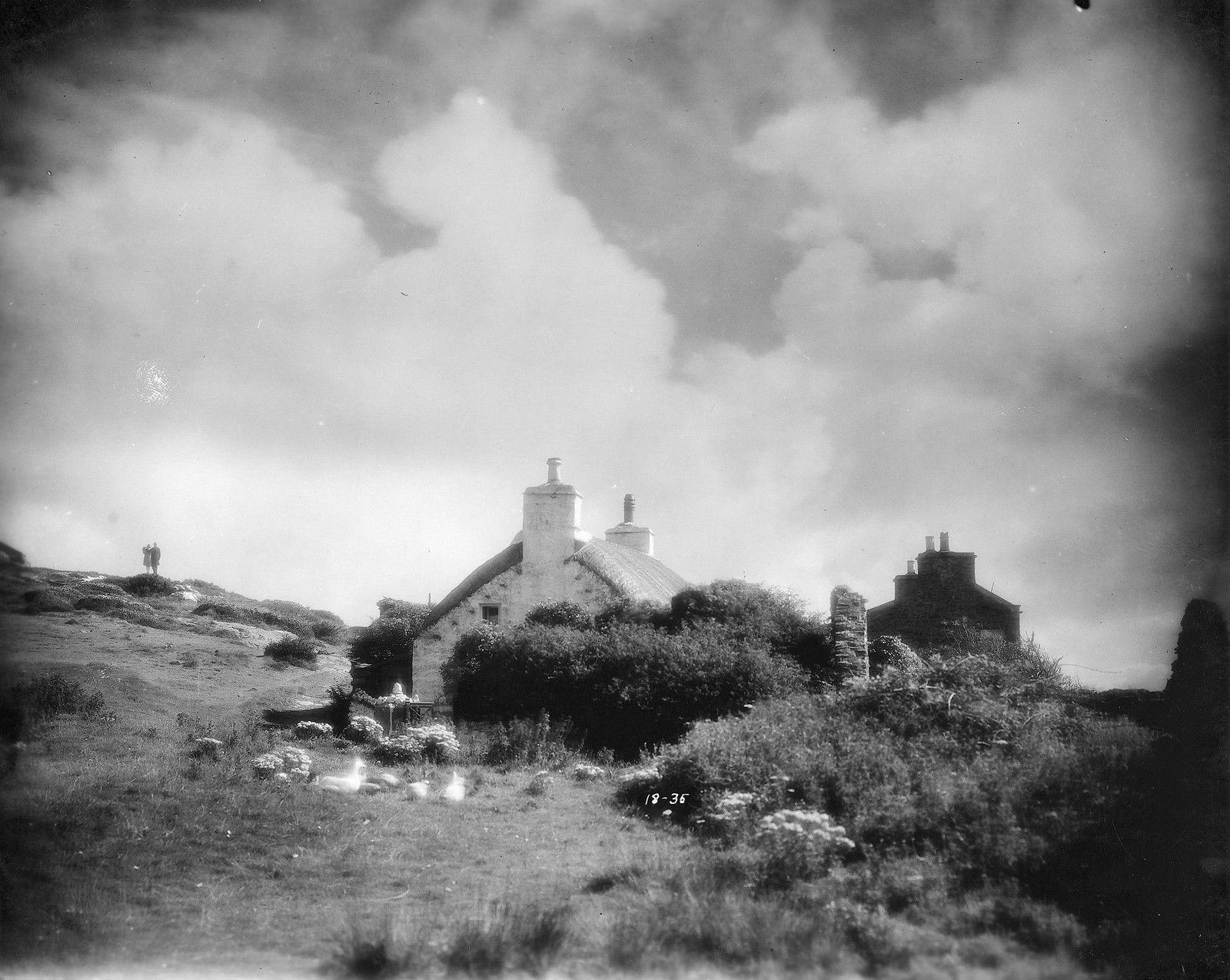 The Manxman: Hitch’s Predilection for Yes and No Answers/Vigilance in the Face of Inexorable Forces – Joel Gunz, AH Geek

The Manxman is possessed of an all-round artistry which is hard to fault: acting, direction, cinematography, etc. are all a joy just to bask in. But its one weak link is the underlying story. As with The Ring, its highly questionable gender politics hold it back somewhat. This time the situation is just as bad but completely reversed: the woman doesn’t get much of a say in choosing her own destiny and the wishes and desires of the men in her life take precedent at every juncture. In fairness, one of them is an unwitting participant in these jeux du coeur and is kept in the dark until the final act. In case you’re thinking it, this is more than merely my 21st century sensibilities unfairly judging a scenario based on a dated Victorian novel. Rather, it’s about characters who don’t behave the way most normal people would, then or now, and instead constantly make illogical decisions. But then again, as is usually the case, if they did we’d have no film! It’s a pity Hitch didn’t take it upon himself to alter the source to the same degree he did elsewhere, though at this point in his career he perhaps didn’t have the requisite freedom or clout. However, if you can suspend disbelief and accept its central premise, this film is a box of delights and well worth exploring.

Rumours of the director making an uncredited cameo appearance are greatly exaggerated, as is the fanciful notion certain photos circulating widely on the internet are of Hitch as a baby. One of the main culprits I’ve so far traced back to a specious tweet and Facebook post in 2014 and 2015 respectively. But it really seems to have taken hold after a better quality copy adorned a 2019 tweet and Facebook post. Blame that one on reckless muck spreaders Mubi.com, who are no strangers to perpetuating Hitch misinformation, such as the persistent myth that his British films, including The Manxman, are in the public domain. The B&W photo’s metadata reveals it to have been taken on 27 March 2009, originally in colour (check for yourself here) and is probably not even male. Leave a comment if you come across that version, but not its November 2022 colorization. Oh, and while I’m at it, this ain’t Hitch either. 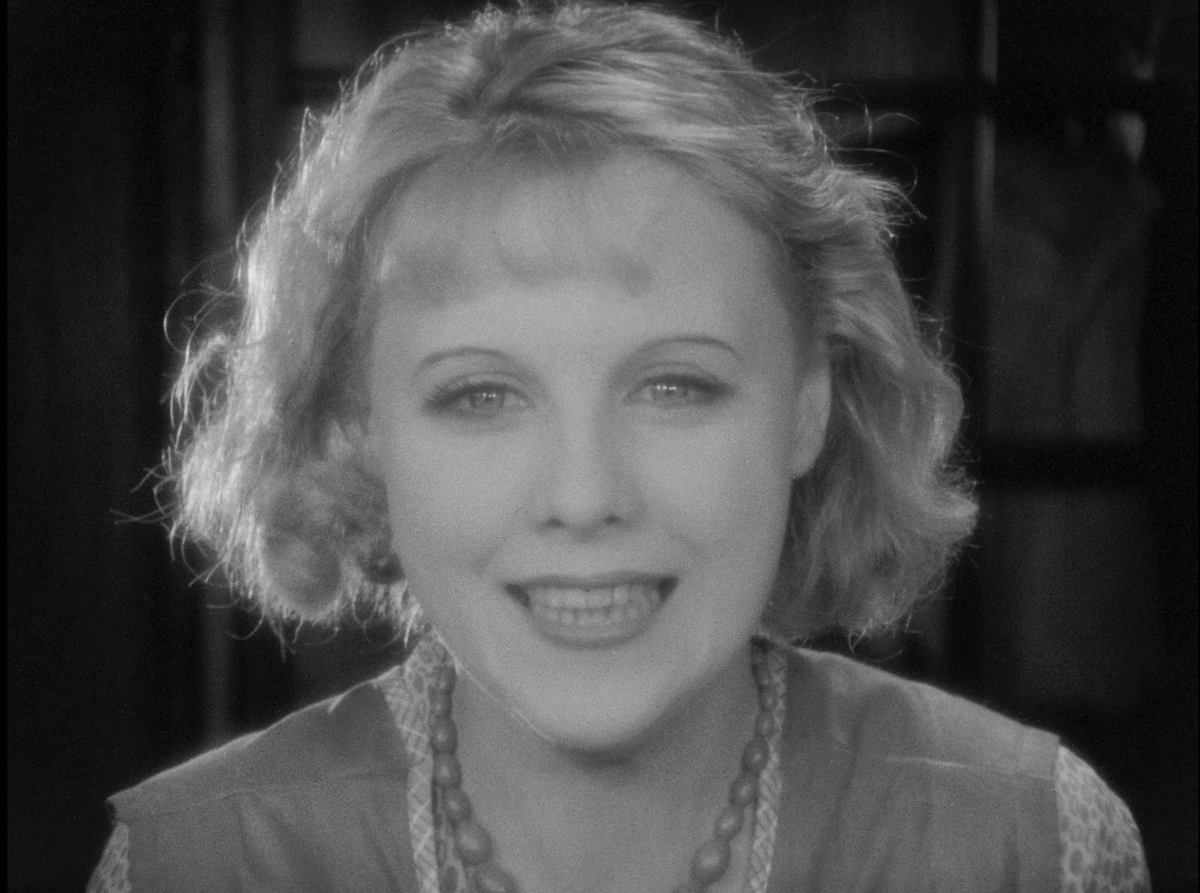 The BFI’s 2012 restoration is transferred at 20fps (100min) and looks near-immaculate in its original B&W. Stephen Horne’s new score for piano, fiddle, viola, oboe percussion and folk harp is a deft mélange of traditional and classical instrumentation that really complements the film’s beauty and drama. Stephen’s sublime score, first showcased at the film’s 19 October 2012, Empire Leicester Square, London re-première, has only been performed live once and not properly recorded as yet; the current DCP is silent.

“The restoration team were fortunate in being able to work largely from an original negative of The Manxman held by the BFI National Archive. However, parts of the negative had deteriorated so these sections were compared, shot by shot, with a print made in the 1960s and replaced where necessary. One longer shot, in the scene where Kate and Phil meet in a sunlit glade, was found in another vintage 1920s print in the Archive’s collection, proving the value of keeping all available original materials. This shot also required extra grading work as the copy had been made on a rotary printer which had introduced light fluctuations every few frames. Careful grading ensured that the film’s original ‘look’ was maintained throughout. The titles were completely remade from reconstructed fonts exactly matching the originals and the material went through the usual painstaking digital clean-up process. Long-term preservation material has been made on 35mm film as well as access prints in both film and digital formats. – BFI programme notes

Update: Stephen Horne’s newly expanded score, from quintet to chamber orchestra, sees his original, already inspired, vision fully realised. This time around, it was commissioned for the closing night gala screening of the 2022 Pordenone Silent Film Festival, and performed again for the general public the following day. His original score “had some improvisation, because it’s more free when [I’m] leading from the piano… but was about 70% composed.” To bring it up to 100%, he wrote additional music and interpolated excerpts of traditional Manx folk tunes. It was then orchestrated and conducted by Ben Palmer, and performed by Orchestra San Marco with British soloists Louise Hayter and Jeff Moore. Alongside notes from the composer, film historian Charles Barr contributes a typically insightful essay to the festival catalogue (p. 45-52, alt).

I saw both Pordenone performances and, oh my god, it made me see things in the film I had never seen before. Make no mistake: it represents the very pinnacle of silent film scoring. It may or may not be the best score ever – though there’s certainly none to top it – but it is by far the best this film’s ever had. I’d bet my life even the now-lost score from the film’s original première couldn’t touch it. Every second of it is so perfectly attuned to the imagery, it’s hard to believe they weren’t both created by the same brain. This is truly powerful stuff, whether in its understated, sometimes soothing moments, or when it’s thunderingly loud, as it – and the world of the protagonists – is crashing down around our ears. Simply put, this score and this film on a big screen makes for a perfect cinematic experience. Not for the first time nor, I am sure, the last, Stephen Horne’s achingly sensitive accompaniment left many of us in tears.

If copyright holders Studiocanal ever get their act together and release or license The Manxman and their other Hitch silents for home video, it would be an absolute travesty for it not to include Stephen’s score. Also unavailable at present is this other traditional music-infused French score featuring Manx singer Cairistìona Dougherty: Recommended: this US Lionsgate DVD set is one of the two best quality releases available of The Manxman and Studiocanal’s other British Hitchcocks.

The restoration itself has only been released in the US by Kino Lorber thus far, with a serviceable new score by Andrew Earle Simpson and the only substantial dedicated extra to date, an excellent audio commentary by Farran Smith Nehme. But as you’d expect, given its source, the previous transfer looks fantastic too. Certainly, if all extant silents were in a similar condition I’d be more than happy. All of the original transfer’s releases feature a lovely Xavier Berthelot piano score and run at 24fps (83min; 80min w/4% PAL speed-up). Lionsgate’s US DVD is very slightly more detailed than the many PAL discs, with their now deleted digital HD stream even more so, and both uniquely have open framing. This means the the entire image is exposed, including its rounded corners, which are usually matted off. I really like it: as long as the correct aspect ratio is maintained and no unwanted studio elements are revealed, under-matting is definitely preferable to over-matting. The UK and French DVDs also include a 10-image gallery and 4½-minute introduction by French actor-writer-historian Noël Simsolo, described in more detail here.

Like all other British Hitchcocks, The Manxman has been heavily bootlegged and there’s only been a relatively limited number of official releases to date. Cause and effect, you see. Among a veritable boatload of illicit DVDs and streaming copies, be especially wary of a stripped and ripped anonymous Spanish BD-R, likely from (non-ocean-going) pirates Resen. 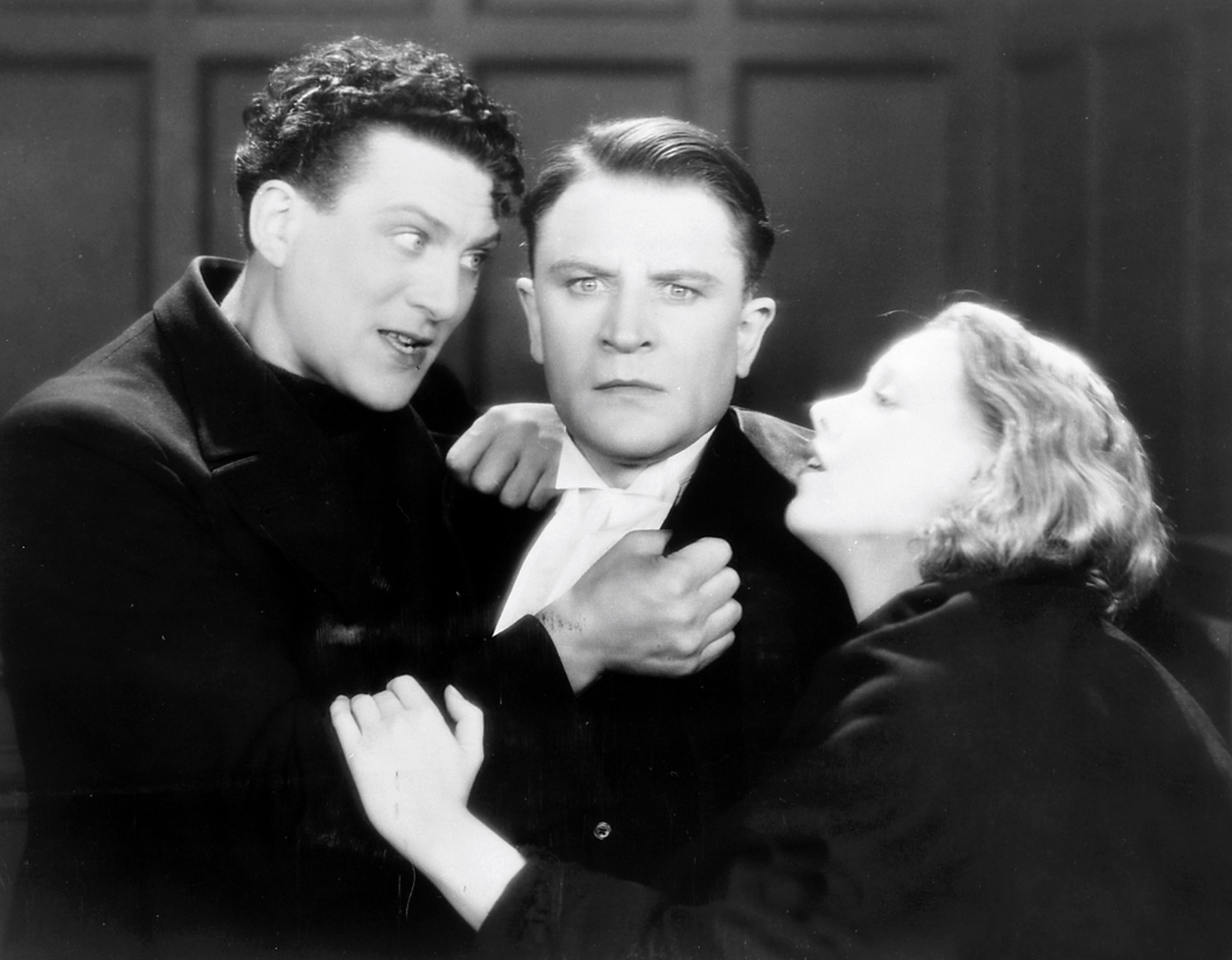 Eye of the storm: in the emotional finale, Malcolm Keen is confronted with the pain he’s caused Carl Brisson and Anny Ondra, the two people closest to him.

A fascinating article! Overall I find your website to be extraordinarily useful when trying to get a fair understanding of Hitchcock’s earlier career. The site is also visually appealing, which fits to the fact that we’re inspecting one of the most visually sophisticated filmmakers in history.